Dr. Anthony Loomis is a veterinarian in South Plainfield who practices general medicine and surgery, as well as provides housecalls for pets in the comfort of their homes. 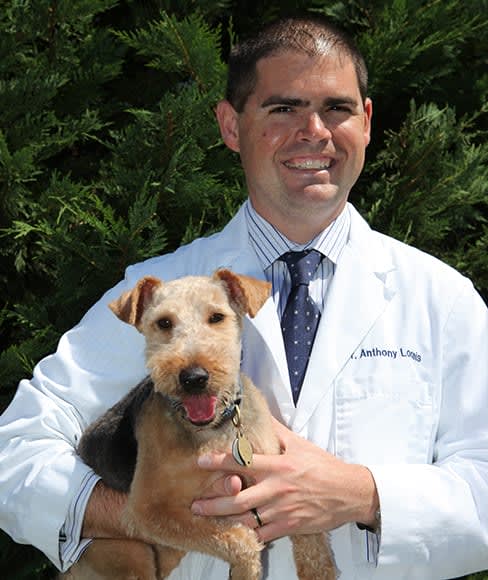 During his four years as an undergraduate student and his four years in veterinary school, Dr. Loomis was recognized for his academic excellence; he was inducted into the University of Georgia Honor Society, made Dean’s List, and was added to the president’s honor roll. At Oklahoma State University, he was inducted into the National Veterinary Honor Society, made honor roll, and received the World Animal Care Foundation Award for promoting the human and animal bond.

Dr. Loomis and his wife, Michelle, have a son named Rocco, a daughter named Emma, and 2 dogs (Munchkin and Surf). During his leisure time, Dr. Loomis enjoys sports and relaxing with family and friends at the Jersey Shore.

At Plainfield Animal Hospital, we are always welcoming new patients! Our vets are passionate about providing state-of-the-art care to South Plainfield's companion animals. Contact us today to book your first appointment.